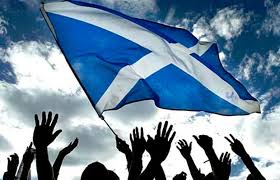 Many leadership lessons can be derived from the Scotland Independence campaign, but there are just as many to be learnt through the lens of organisational culture.

The cultural leadership aspect of how to unite an organisation with different ‘divisions’ (an interesting term in itself), remote locations and various identities is one that many leaders face – especially in an increasingly global workplace.

Regardless of the outcome, here are 5 lessons that can be learned from the Scottish process:

There’s an old saying a teacher of mine in California used to say:

Alex Salmond painted a compelling vision of an independent Scotland. It was born of passion, shared values and a distinct identity, an identity which (he asserted) could not co-exist within another, larger vision, of shared identity with the UK.

That was easy for him – since the ‘No’ campaign did pretty much nothing to offer an alternative vision. Rushing at the last minute to put counter-offers on the table is not the same as creating a compelling vision.

Lesson 1 – if you are leading people towards a brighter future, make sure it is compelling and passionately delivered.

People buy into vision because they care, because of how they feel about their current and future state.

Having a vision is not the same as having a strategy (unfortunately a lot of people in the ‘Yes’ camp seem to have overlooked this).

Had the ‘No’ side crafted a better strategy, they could have mitigated the impact of not having a compelling enough vision. Unfortunately they seem to have had neither – or if they did, it wasn’t clear to the people that mattered.

Conversely, Alex Salmond could have maximised his chance of a resounding ‘Yes’ vote had he thought through the strategies that matter – i.e. currency, Europe, defence etc. Those who weren’t swayed by his vision in their hearts, would have been won over in their heads.

Lesson 2 – even if you have a compelling vision you need a well articulated strategy for how the vision will become reality.

In any campaign or organisation there are multiple stakeholder groups whose expectations need to be managed.

The ‘Yes’ campaign had a disciplined approach to aligning the multiple stakeholder groups who want a part in a future independent Scotland (albeit at times it looked a little ‘thuggish’ – see excellent article here).

In the event of a ‘yes’ we have yet to see how that discipline would be maintained, but they came together ‘as one’ in the interests of a common vision.

Conversely, the multiple stakeholder groups on the ‘No’ side were fragmented and not unified in themselves – fatal if seamless, consistent messaging is to be delivered for a sustained period of time.

Lesson 3 – Align your stakeholder groups with one common message that is consistently delivered.

Where there are differences, allow these to be honoured and acknowledged within the larger framework.

The language of this campaign has been absolutely critical to the process.

‘Yes’ is far more compelling than ‘No’… the ‘Better Together’ camp never maximised this.

The ‘Better Together’ camp also overlooked the power of the collective ‘we’ – thus reinforcing the perceived divide between Scotland and Westminster.

And, they lost the opportunity to tell a great story of unity, and the success story of what unity has brought Scotland as part of the UK.

Story is the bridge between the heart-felt vision and the head-based strategy.

Values have been at the heart of this debate.

There doesn’t seem to have been any strategy from the ‘No’ camp to address the values that are shared between us, and to highlight the belief systems that unite rather than divide.

Once again, they failed to appreciate that values and beliefs – how people feel – would have such a huge influence on the campaign.

Values and beliefs can unify or divide – leaders need to tap into collective and universal values that transcend differences.

Lesson 5 – Every culture communication strategy needs to reinforce the shared and collective values of the organisation, what it believes in and stands for.