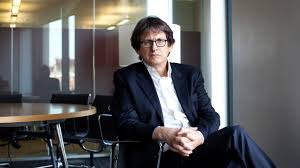 About 25 years ago I worked for a short stint at a very respectable estate agency in Mayfair. Having recently graduated I held certain ideals about how the world should work, about equitable distribution of wealth and equal opportunity for all. Naturally, my paper of choice was the Guardian. One day my boss caught me reading at lunchtime (long before tablets were the norm), and visibly sniggered as he looked down the perch of his glasses to say ‘You’ll grow out of it’.

I’m proud to say that I never did, and I hope I never will. Those ideals are as close to my heart now as they were then.

So when Alan Rusbridger, Guardian editor for 20 years retired from his post last month, I took a natural interest in his last piece. Aside from the historical context and content, I was impressed by the evident leadership traits that shone through:

1. He was not just a leader of a great organisation, but its steward also – taking care of its heritage while making it continually relevant to the present.

We swim in unknown unknowns.

2. This line spoke to me… Rusbridger had to navigate unchartered territory in journalistic terms, entering both the digital age, and the age of ‘free’. He was willing to take risks and innovate while staying true to the core beliefs and values of the organisation.

3. He (and his team) demonstrated total commitment to their cause for freedom of information, and courage in pursuing it – Edward Snowden being the most prominent example, but also including many libel cases in the early years. He fought unapologetically for what he believes in.

4. Rusbridger is open about the struggle and challenge to balance financial security with an open source model – but ultimately took a long-term strategic decision that means it is the second most widely-read English speaking newspaper worldwide after the New York Times (with 7 million unique browsers a day).

We drew our resilience from the power of the institution, not of any individual.

5. ‘The business of power’ was something Rusbridger was uncomfortable with – so he divested and gave it away to serve the needs of the whole (most importantly the paper’s readers), rather than holding on.

There’s a lot to be learned from the Guardian’s journey over the last 20 years, and from its leadership. I look forward to reflecting back on its journey in another 20 years – when there will no doubt be a new ocean of ‘unknown unknowns’.